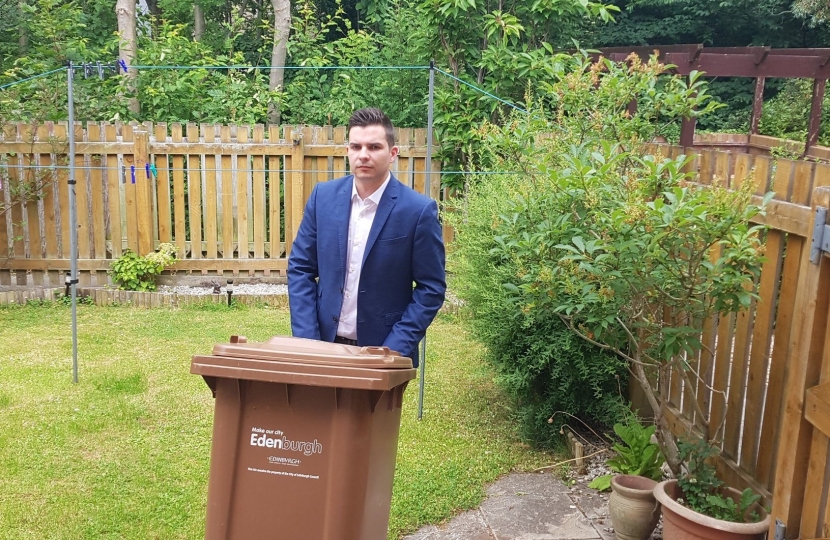 The SNP-Labour Administration that run the City of Edinburgh Council is introducing an unfair new Tax on Garden Waste. This new charge will be levied at £25 per bin, per year. The charge was due to come into force in July 2018 but was postponed until October. It is levied at £25 per brown bin per annum. This is an opt-in service on top of increased Council Tax bills.

Edinburgh Conservative Councillors strongly opposed the introduction of this garden tax and have launched a petition calling on the SNP-Labour Council to #BinTheGardenTax.

Conservative Environment spokesman, Cllr Nick Cook, said: "Residents right across Edinburgh are seeing this tax imposed, in addition to steep rises in Council Tax being charged by the Council - residents will pay more, for less services.

"People are hugely concerned that the Garden Tax will lead to big increases in fly-tipping, garden bonfires and more waste going to landfill, harming our environment and costing taxpayers even more in the long term.

"I urge residents to sign the petition to put pressure on the SNP-Labour run Edinburgh Council to #BinTheGardenTax."