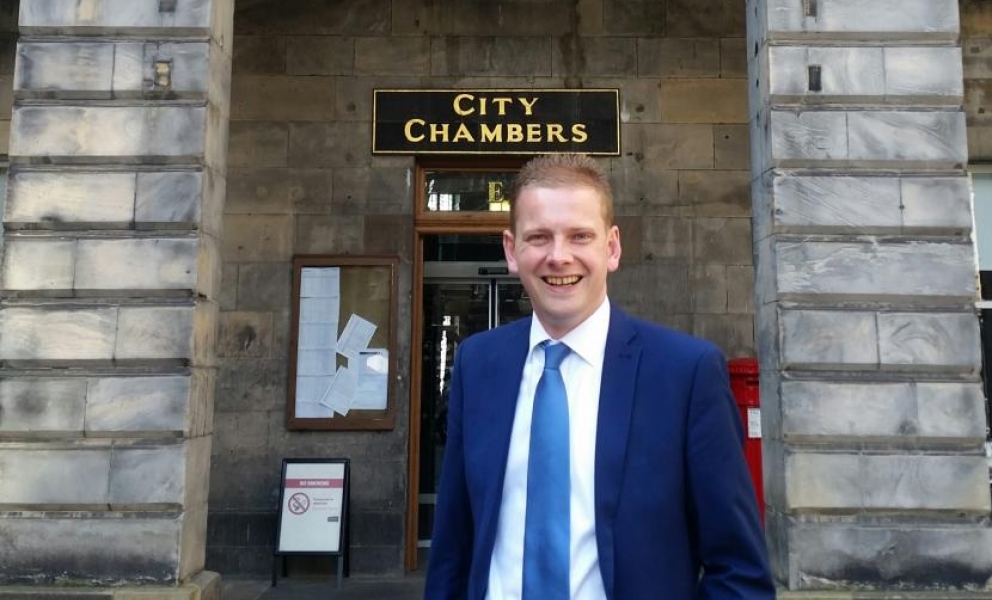 It is said that a week is a long time in politics, so it must follow that a year is a very long time indeed.  Plenty of time for the bedraggled SNP/Labour administration to start putting right the many self-imposed failings of their 6 years in power together.  Plenty of time also for Senior Councillors in the administration to develop and bring forward their long promised strategic vision. We are still waiting.

This year’s budget process was all too familiar, Councillors and Edinburgh citizens in a reflective mood can look back on another wasted year, where the crisis hit Health and Social Care service has shown no signs of improvement, where the shambolic roll out of the garden tax and new waste collection service has left residents rightly feeling angry and frustrated. Where a single-mided obsession with the extension of the tramline to Newhaven is used as a smokescreen, to mask the increasingly unmanageable Council estate and our roads and pavements continue to crumble.

It could have been very different indeed. Last year I presented an alternative budget motion on behalf of the Conservative group, showing a strategic vision for the future of the Council and bringing forward innovative solutions to the challenges we face as a City.  Despite predictably voting down our budget on partisan grounds last February, the administration has since adopted the Conservative position in no less than seven key areas and incorporated these in their budget for the current year.

While this is a welcome move, it is a full 12 months too late and begs the question as to why the SNP and Labour groups were unable to put the welfare of the city before party politics in last years budget meeting and accept our constructive proposals.

Instead the administration voted through a budget which was unrealistic and undeliverable, particularly in relation to Health and Social Care where £6m of savings have failed to be delivered.

Alongside this, Convenors and Vice Convenors within the administration have failed to provide any political oversight of Senior Officers in managing their departmental budgets, resulting in significant and ongoing financial pressures.

This year’s budget was once again set against the backdrop of the ongoing failure of the Scottish Government to properly fund local authorities, and the complicity of the Scottish Greens in voting through yet another SNP budget which has seen funding to the City of Edinburgh Council slashed.

Predictably, the lack of strategic thinking brought forward by the SNP/Labour administration, and a disingenuous budget consultation, failed to inspire public interest.

The SNP/Labour administration is failing to deliver value for money to the citizens of Edinburgh for their Council Tax, does not have a sustainable grasp on the financial management of the city, and wastes valuable time fighting amongst itself. The Edinburgh Labour Group had it’s own gang of Independents long before their UK party colleagues got round to it.

The challenge to the SNP and Labour Councillors, particularly those who voice so much public disquiet about the direction of the administration, was to accept our alternative vision now rather than wasting another 12 months before quietly adopting it.. Unfortunately citizens have instead been saddled with another SNP/Labour budget, more tax, poorer services and no hop that anything will change anytime soon.

Today we have published our Covid-19 UK Vaccines Delivery Plan, setting out how we plan to deliver the biggest vaccination programme in British history, to protect all those who need it most as quickly as possible.