Edinburgh council elections 2022: Tory manifesto promises to 'clean up Capital' with spring clean of city and change in council culture 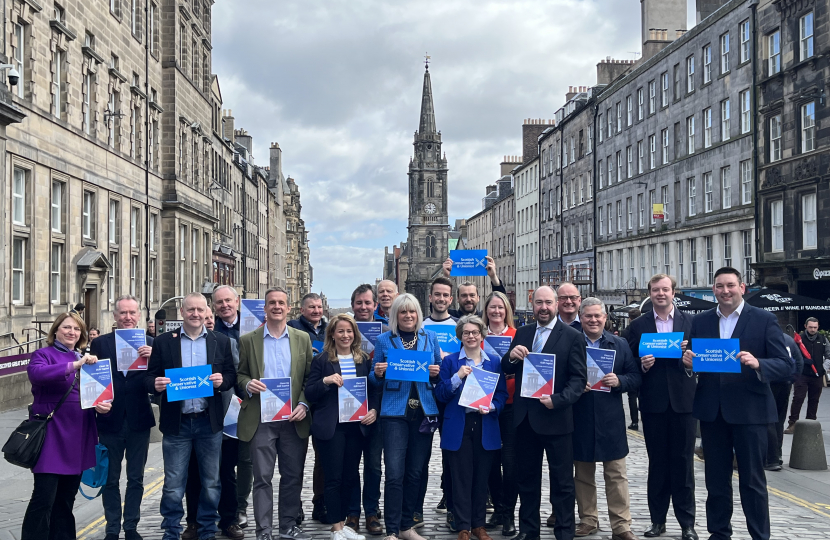 Tories are pledging to “clean up the Capital” in their manifesto for the council elections – by launching an immediate deep “spring clean” of the city.

The party promises a bigger enforcement team to deal with fly-tipping, litter and dog fouling; a new graffiti taskforce; and a comprehensive weed-clearing programme. It says it would also end the charges for garden waste collections; scrap the special uplift charge; review the communal “bin hubs” project; keep gull-proof sacks in the World Heritage Site; start a programme to put communal bins underground wherever possible; and scrap the booking system at recycling centres.

On transport, the party gives a guarantee that no changes would be made unless they were shown to have public support through consultation.

And as well as scrapping Spaces for People schemes where they were opposed in the public consultation, the Tories promise to “fix the disgraceful condition of our roads” and innovate for cheaper and better road repairs. “We will prioritise road repairs by ending the arbitrary ring-fencing of 10 per cent of the roads and transport budget for cycle lanes, instead allocating resources to projects which benefit all road and pavement users.”

They would also oppose more controlled parking zones where there is no demand; stop the workplace parking levy; and reintroduce a cycle hire scheme.

And the Low Emission Zone would be reviewed. “If the Scottish Government insists on an LEZ in Edinburgh it should cover Princes Street alone as this would remove any remaining polluting buses and be far cheaper to enforce.”

Conservative group leader Iain Whyte said Edinburgh had suffered from ten years of misrule by the SNP and Labour. “It’s about time our residents had a council administration which listened to them and respected their views. The SNP and Labour groups actively dislike the way most Edinburgh people lead their lives and are dedicated to hectoring them into following their diktat.

“For ten years, both parties have imposed their increasingly strident dogma on the Edinburgh public and the Conservatives are promising to do what they should have done. We will deliver the efficient services residents demand, not give them what SNP-Labour councillors arrogantly think is good for them.

“Only the Edinburgh Conservatives have enough seats on the council to make a meaningful impact against this flawed SNP-Labour partnership. It is only by voting Conservative that our residents have any chance of being served by a council which meets their needs.”

The Tories say they would change the council’s “cover-up culture” through “new leadership, at both political and organisational levels” as well as speeding up implementation of recent recommendations and introducing new staff policies on whistleblowing, bullying, harassment and tackling domestic abuse.

And they promise to “end the culture of allowing people to resign or retire immediately with full notice payments when allegations are made”.

The Tories say they would demand the Scottish Government builds funding for a council tax freeze into future years’ budgets. But they pledge to cap council tax increases at 2.5 per cent a year if the government refuses. Council house rent rises would also be capped at 2.5 per cent.