Eleanor demands return of 69 and 12 buses 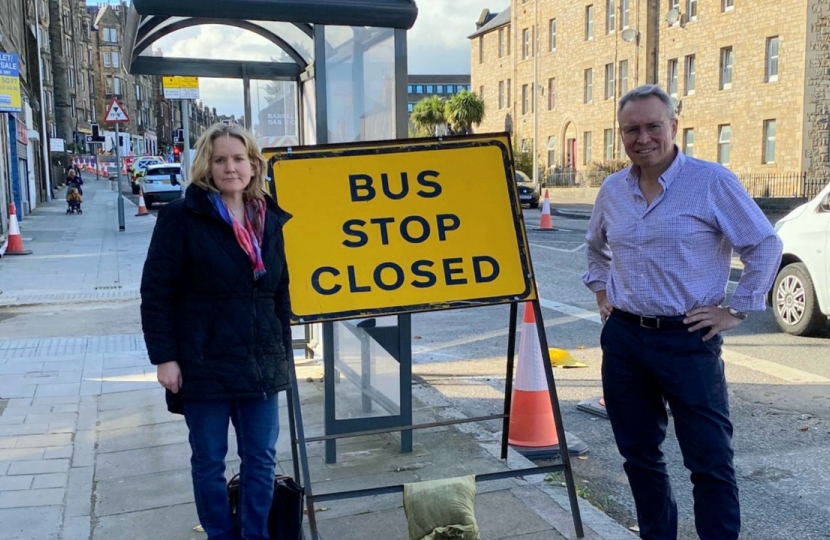 Eleanor Price, and local councillor John McLellan, were appalled at the SNP-Labour council's decision to withdraw funding for the 69 and 12 buses. These services were so important to residents across Craigentinny and Duddingston.

If elected Eleanor has pledged to fight for the reinstatement of the number 69 and 12 bus routes as well as much needed repairs to the area's roads and pavements. Eleanor said, "I want to bring back the local buses that have been cut by the SNP-Labour Council. Too often, the SNP/ Labour administration seems to ignore the key concerns of local residents in favour of vanity projects, the people of Edinburgh deserve better".

Even Nationalists back the Edinburgh Conservatives council group. Veteran Evening News columnist and SNP supporter Helen Martin wrote, "I would vote nationally for SNP but prefer Edinburgh’s Tory councillors who are more representative of locals and logical rather than foolish and tyrannical." (Edinburgh Evening News, Aug. 2020)

You may not normally vote Conservative. But ask yourself: has Edinburgh become a better place to live since the SNP and Labour took over in 2017?

Most people know the answer and vote Conservative locally to put a stop to this Council's wrecking of our city.

Today we have published our Covid-19 UK Vaccines Delivery Plan, setting out how we plan to deliver the biggest vaccination programme in British history, to protect all those who need it most as quickly as possible.

Want to hear from us?