End of Term Report on Education in Edinburgh 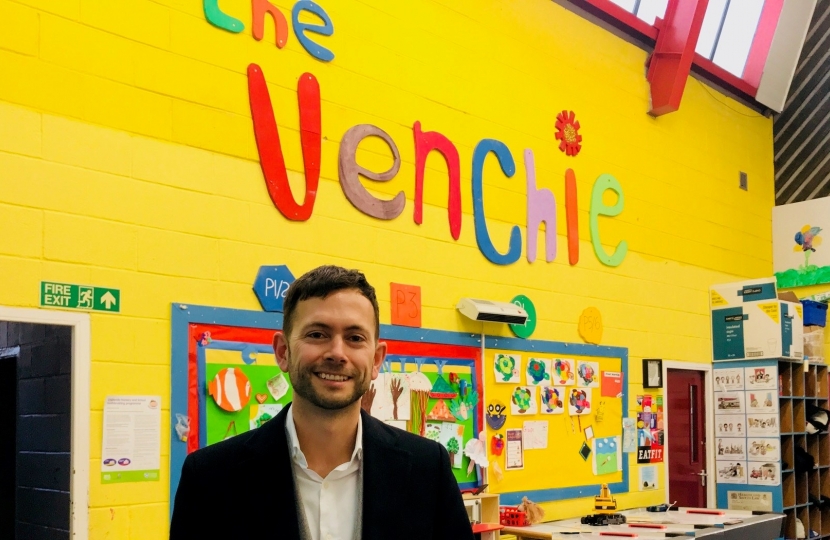 With the Council in recess and the schools out for summer, I thought it was a good point to look back on the educational achievements of the Edinburgh Conservative Councillors.

In the past two years of this Council session, Edinburgh’s Conservative Group has demonstrated that even in opposition we can and will challenge the failing SNP-Labour administration and deliver real change for the people of this city, from being the only group to take seriously our dreadful road and the rising incidence of graffiti to binning the hated Garden Tax and rejecting the Adminstration’s pat-on-the-back Performance Report.

As Group Education Spokesperson, however, my battle ground is an area that has too long been neglected by a SNP government at Holyrood obsessed with independence and a SNP-Labour Council administration that is more concerned with spending on vanity projects like the tram extension than funding our crumbling schools. As the son and nephew of teachers this is very much a personal passion and while it can be frustrating, I have, alongside my fellow Conservative members of the Education, Children and Families Committee, Cllrs Rust and Smith, and with the support of many of our local representatives, made a difference.

Undoubtedly, what I’m most proud of is the successful fight against the closures and mergers of our schools in the South West: Balerno High School, Currie Community High School (CCHS), Woodlands School and Wester Hailes Education Centre (WHEC). Taking a two pronged approach with me arguing the case at Committee and Cllr Susan Webber fighting hard locally, both of us working with parent councils who had formed the Save our Schools Group, we managed to avert the closures and mergers and successfully make the case for investment in these schools as hubs for their respective communities.

Supported by the EIS teachers union, we successfully made the case that our pupils benefit most when their high schools are at the heart of the communities they serve, where they are able to easily walk or cycle to school and when they are of a size where pupils are still largely known by name, and those with additional needs can get the support they need. This, unsurprisingly was the view of the vast majority those consulted by the Council during its consultation period and continues to be the policy the Conservatives will champion city wide.

So it was especially galling that, in spite of the combined weight of evidence from the educational establishment and the protestations of the parents and pupil, the SNP and Labour administration were willing to proceed with an ill-conceived merger of CCHS and WHEC. Why? Well simply it was an ill-advised and ill-informed attempt at social engineering. Despite all evidence to the contrary, they believed that putting the pupils with challenging needs alongside high achievers in a super-sized school would see attainment improve by some form of osmosis, rather than the reality of those with more challenging needs sinking to the bottom, with less chance of them getting the support they need.

Thankfully they were defeated – though as ever it was not that easy to get the Greens and Liberal Democrats to support our position. But saving our schools was just the start. We also secured a commitment for badly needed investment in these schools. Cllr Webber and I share duties on the Wester Hailes Education Centre Working Group, a school close to my heart as my aunt was a teacher there. At our June meeting I was pleased that agreed to rename the school and to move forward with a programme of investment which should see up to £8m being spent to help improve the school and community facilities, continuing to be at the heart of its community but also making it a more attractive choice to those aspirational parents who had voted with their feet and applied for out-of-catchment places.

Up the road in Currie, work has begun on designing a replacement for the super successful school housed in a failing building. Yet despite it being a Condition C building (i.e. in need of replacement), the SNP-Labour administration were not able to find money in their budget, so its future awaits securing funding from the Scottish Government. Far from a given in light of the £1bn black hole.

Of course, if the Conservative budget had been passed at Council we would have prioritised funding for our schools over the unnecessary tram extension to Newhaven, allowing us to fund not only Currie and Wester Hailes but also the much needed improvements and upgrades to Balerno High School, Liberton High School and Trinity Academy; where the administration were only able to fund the work on the sports centre while the children in Craighall Road sit in cold, crumbling classrooms.

Yet its not only sub-standard facilities that our pupils have to contend with, its also a curriculum that has been proven to be unfit for purpose and again an SNP-Labour administration happy to support the status quo and indeed disregard parliament. At Holyrood, Labour and Green MSPs were willing to back Conservative calls to scrap P1 testing, where in the council they only agreed to amend my motion to review rather then stop a practice that has been roundly criticised by parents, teachers and educationalists as not only pointless but potentially damaging.

We faced a similar response when we challenged the SNP-Labour Coalition at Full Council to look into the shocking reduction in subject choice at S4 level that has happened through the introduction of the paradoxically named Curriculum for Excellence, the Scottish government’s broad education reform that replaced standard grades with new qualifications called National 4 and 5s.

Before their introduction, 308 schools across Scotland offered seven or more qualifications but by last year this had fallen to 182; figures that the Scottish Conservatives had to secure using Freedom of Information requests. The number of schools offering six subjects or fewer (down from a norm of eight standard grades) increased from 46 in 2013 to 165 last year, and perhaps most shockingly, IN Edinburgh, the gap between pupils from the most affluent and least affluent backgrounds has dramatically widened with attainment gap between those the least deprived and the most deprived at National 5 level a shocking 23.7%.

I challenged this at Council, and despite support from the Liberal Democrats, was defeated by an administration amendment, supported by the Greens, that instead of focusing on getting Edinburgh figures for S4 asked for a general report on subject choice and attainment that as ever sought to take the focus away from the failings of the SNP government. A similar situation to last year when I asked for the Education department to do more to offer pupils the chance to take Adavnced Highers, of which less than 15% of Edinburgh’s state school pupils are taking two or more of these top-level qualifications, which can be seen as the equivalent of an English A-Level. Taking two or three is the norm in the private sector and a prerequisite for entering the top English Universities.

In both cases I was criticised for making the ‘unfair’ comparison between the state and independent sector, but to my mind we should be aspiring for the best for all our children and if our state schools can’t provide the basic subject choice parity let alone facilities of our independent schools is it any surprise that over a fifth of Edinburgh parents choose to educate their children privately?

Yet that too might change, as the SNP Government ploughs ahead with the Barclay Review proposals to remove business rate tax relief from independent schools. Since election I’ve been working closely with the Scottish Council of Independent Schools on this, and other issues, and asked the Council if they were prepared for an influx of pupils to our already stretched state schools as the tax increases force schools to raise their fees, or even potentially close. The answer, of course, was obtuse. The Council does not have figures for the number of children that are educated at independent schools and does not officially recognise the figures of the SCIS. But based on them, and the anecdotal evidence which suggests many of those independent pupils come from more affluent suburbs where their state schools are fit to bursting, there is a ticking time-bomb should the Scottish government move forward with the measure which, as ever, is much more about idealogy than sound taxation.

Ruth Davidson was accused by the Education Secretary, John Swinney, of coming to him with a ‘moanfest’ when she dared highlight the inadequacies of the Curriculum for Excellence and indeed a Government has spent four times as much parliamentary time debating independence versus education. Well I’m afraid Mr Swinney, that whether its at Holyrood or in City Chambers, we will continue to shine a spotlight on the failings of SNP educational policy, argue the case for review and reform and put forward alternatives. Funding our schools, allowing teachers, parents and pupils greater choice and freedom and focusing on evidence not idealogy will create a more prosperous nation, and that is something we Scottish Conservatives will continue to fight for when the schools return in August and ahead of the 2021 election.