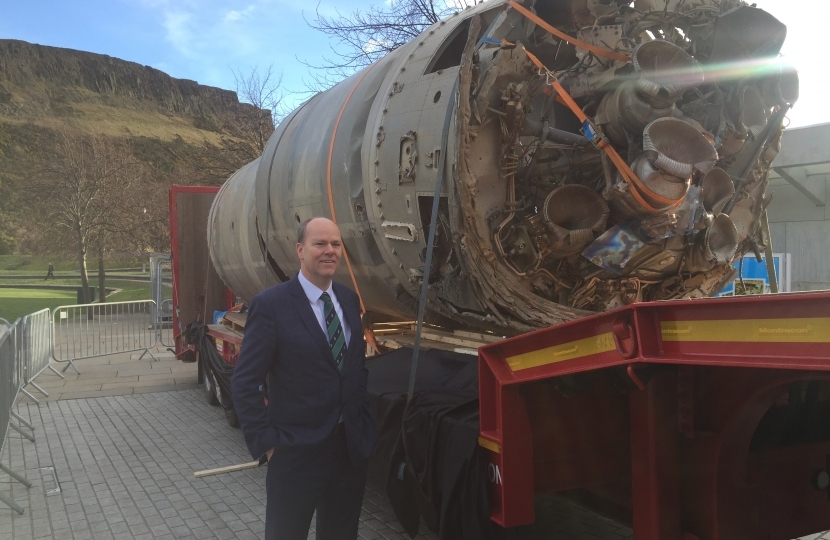 Lothian MSP Gordon Lindhurst says Edinburgh and the whole of Scotland are ideally placed to reap the rewards of an expansion in the space sector in the coming years.

The Scottish Conservative and Unionist MSP was closing for his party in a debate looking at how the city and country can capitalise on the growth in this industry.

While Mr Lindhurst stressed how the west and north coasts of Scotland are playing an important role in the growth, he also highlighted how Edinburgh is at the heart of the space industry as well.

In his speech, Mr Lindhurst pointed to the University of Edinburgh joining forces with a team from Orbital Micro Systems to create an International Centre for Earth Data, as well as the economic benefits of the recent City Region Deal which is aiming, through the University of Edinburgh and Heriot Watt University, to train 100,000 data scientists and enable 400 data start-up companies in the next 15 years.

He said: “Edinburgh’s place within the space economy is an important one.

“For example, the International Centre for Earth Data was set up last year between a team from the University of Edinburgh and satellite technology provider Orbital Micro Systems.

“It will use data to improve the forecasting of weather across the world, for use in a number of sectors including agriculture, aviation and shipping.

“Edinburgh is ideally placed to make the most of that opportunity, taking advantage of its excellence in data science and GeoScience that can maximise the derived value from earth-observation satellite data using the latest data techniques.

“That reputation will only grow as Edinburgh’s City Deal, utilising funding from UK and Scottish Governments, aims to train 100,000 data scientists and foster 400 data-enabled start-up companies in the next 15 years.”

Speaking afterwards, Gordon Lindhurst MSP said: “With technology continuing to develop at a rapid pace, Scotland must be in a position to take full advantage of this.

“We are already seeing fantastic projects taking place right here in our capital, with the University of Edinburgh at the heart of exciting new developments when it comes to collating data.

“With the UK and Scottish Government’s working together to secure the Edinburgh and South East City Region Deal, that can deliver a major economic boost in terms of jobs and investment, with science and technology playing a major role in that.

“I will continue to support measures that will ensure that Edinburgh is at the heart of the growth in the space industry in the years to come.”