No commitment on extra support for local roads following freeze 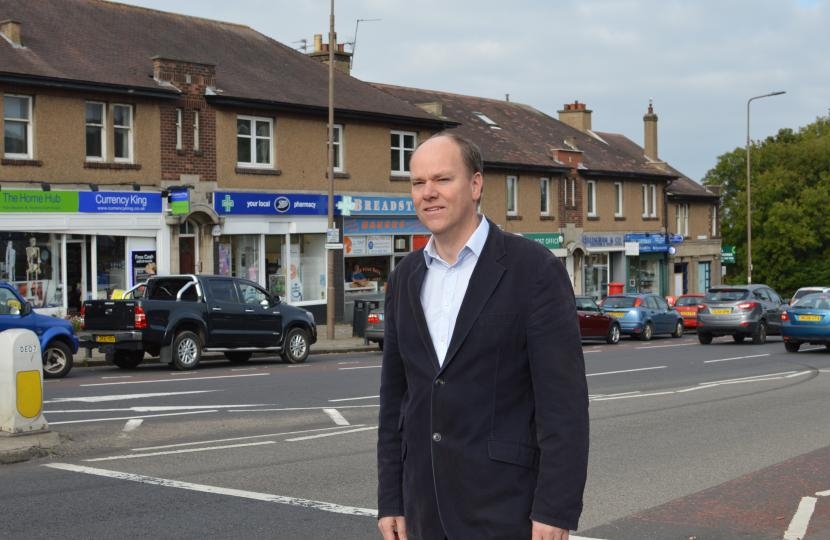 The Scottish Government has refused to commit to providing local authorities with the help they need to repair roads following last weeks’ adverse weather.

The lasting effects of the so-called ‘Beast from the East’ are already being seen on roads in Lothian, with debris from new and existing potholes lining the kerbs.

A local government report last month showed that funding to maintain Scotland’s roads had declined by a fifth since 2010, with local authorities facing tough choices about how reduced budgets from the Scottish Government are spent.

The lack of a commitment by the Scottish Government became apparent during a topical question from Lothian MSP Gordon Lindhurst, who said:

“The impact on roads becomes ever clearer as the snow thaws and recedes.

“We learnt recently of the 20% SNP cut to pothole funding since 2010 and the effects have certainly been seen all too clearly here in Edinburgh.

“Given the potentially significant and additional damage to our roads as a result of the recent weather, is the government able to give a commitment to provide more support for our roads networks and local authorities to cope with this additional repair burden?”

In response, Cabinet Secretary and Deputy First Minister John Swinney said that the existing Bellwin Scheme would be open for applications from local authorities for extraordinary expenses to handle incidents that have arisen due to the extreme weather.

“The Bellwin Scheme is a discretionary scheme limited to emergencies or disasters where there is risk to life or property and has some very strict qualifying criteria.

As a result of budget cuts our roads were in a terrible mess anyway. After the thaw, it is clear that the weather has made this situation even worse and the government needs to step in and make up for its lack of investment in our roads.”