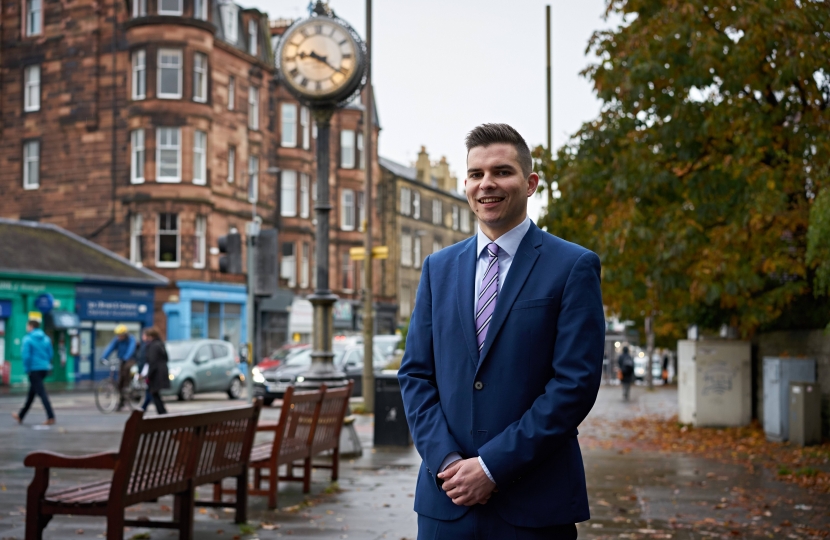 Ruth Davidson MSP is campaigning locally in support of Nick Cook as the Scottish Conservatives’ next Councillor for Morningside Ward.

“I am pleased to be campaigning locally for Nick in Morningside Ward. Nick will make an excellent successor to Cllr Mark McInnes. He cares deeply about his local community and is the only candidate who will take on the SNP and oppose a second referendum.”

Currently the councillor for the Liberton/Gilmerton Ward, Nick lives in Jordan Lane in Morningside and is keen to represent
his local community.

As Conservative Group Spokesman for Transport and Environment, Councillor Cook has a strong record of lobbying for much needed improvements - to city roads, pavements, bin collections and recycling services.

Nick has worked closely with Councillor Mark McInnes in South Edinburgh over the past seven years and will continue to do so until Mark steps down from the Council in May.

Professionally, Nick works in a senior capacity for the Leader of the Scottish Conservative Party, Ruth Davidson MSP.

“I am pleased to have been selected for Morningside Ward, where I live, and to be given the opportunity to help deliver improvements for our local area."

"Mark McInnes has been an excellent public servant for our community and I look forward to building on his positive record of action. I will be making every effort to get around the doors, speak to fellow residents and take action on their concerns." 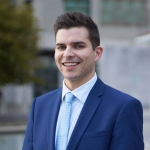