The COVID-19 pandemic has - for so many parts of our cultural landscape – presented often insurmountable challenges. Musicians and the music industry have been disproportionately hit by the closure of venues, and the prohibition of mass gatherings.

£3 million of hardship funding has been distributed by organisations like PRS for Music and  Musicians Union and many have been able to make use of UK Government schemes like the Self-Employed Income Support Scheme.

However, surveys have shown that over a third now believe they may have to quit the profession in light of continuing restrictions, in addition to huge losses in income for both individuals and venues ranging from 25% to 75%.

Speaking in debate, Gordon Lindhurst MSP said, “The music that frames and reinforces our traditions, the music of the many artists that Scotland has produced in recent times, and the events and music that we are normally able to enjoy every day form a key part of Scotland’s social fabric. It is therefore deeply troubling that these past months have seen such a decline in opportunities not only for musicians to produce and perform music but for the Scottish public to be able to experience and enjoy it."

Gordon continued, “The figures that accompany the narrative emphasise—if emphasis were needed—the problem. They are deeply troubling. There are dramatic falls in income. For example, up to 65 per cent of musicians say that they are facing financial hardship, which tells the tale of a sector that has needed, but wanted for, support from the outset of the pandemic.”

Gordon Lindhurst is the Scottish Conservative candidate for Edinburgh Pentlands in the 2021 Scottish Parliament elections. 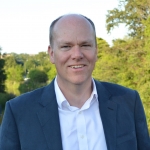