Jim Campbell has lived locally in Forth Ward for the best part of 50 years, and is privileged to have the chance to represent his local community. Over those years, Jim has come to know the ward and many of its residents well.

Jim has spent time studying at Moray House as well as the University of Edinburgh and has since been employed by several companies both in the ward and around Edinburgh, including a spell spent as a researcher at Heriot-Watt University. He now works for a large department store in Edinburgh, and he also sits on one of the store's elected governing councils.

Jim's aim is to help improve our neighbourhood and our city, just as long-serving councillor Allan Jackson has done for over four decades.

After his election, Jim said: "My aim is to help improve our neighbourhood and our city just as Cllr Allan Jackson has done for the last four decades. Whether it is the re-alignment of Lower Granton Road at the sewage treatment works, addressing local refuse collection issues, or protecting residents from planned council tax hikes, I will work tirelessly to ensure that the best interests of local residents are taken account of by Edinburgh City Council."

"I would also like to take this opportunity to thank Cllr Jackson for all his hard work on behalf of the local community over many, many years and I look forward to the chance to serve the people of Forth Ward and to continue Allan's legacy for the next five years."

If you have any local issues or concerns you would like to raise with Jim, you can contact him by emailing jim.campbell@edinburgh.gov.uk or by calling 0131 529 4235. 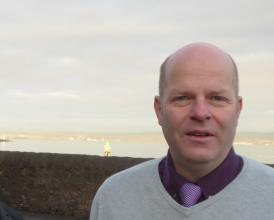