Mark Brown was elected as the Scottish Conservative and Unionist Councillor for Drumbrae/Gyle ward in May 2017.

Mark, who had previously stood as the Scottish Conservative candidate in 2012, lives in Edinburgh and manages a portfolio of SME’s for a global independent Invoice Financier in the city’s Southside. Outside the office, Mark is a volunteer at Spartans Football Club where he is their media manager and he also enjoys a passion for photography.

Speaking after his election, Mark said, “This is a ward that plays an integral role in shaping Edinburgh’s economy, through it being home to many of the key players in the financial industry and the iconic Gyle Shopping Centre. Protecting our open, green spaces - of which the ward has several - is key because in a city like Edinburgh, public places are social safety valves, mixing the people of this city in common enjoyment."

If you have any local issues or concerns that you would like to raise, you can contact Mark by calling 0131 529 4038 or by emailing mark.a.brown@edinburgh.gov.uk. For local news and updates, you can also follow Mark on Twitter. 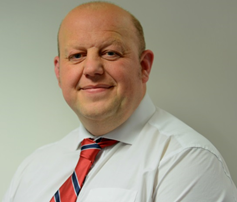