Stephanie Smith was elected as the Scottish Conservative and Unionist Councillor for Liberton/Gilmerton Ward in May 2017.

Stephanie was born and raised locally, and cares passionately about Liberton/Gilmerton. Speaking after her election, Stephanie said: "As your local councillor, I will fight for a better deal for Liberton and Gilmerton, focusing on ensuring our local roads, pavements, schools and infrastructure are up to scratch after years of neglect by the current administration."

Stephanie is the Conservative Group's Environment Spokesperson on the Council.

If you have any local issues or concerns you would like to raise with Stephanie, you can contact her by emailing stephanie.smith@edinburgh.gov.uk or calling 0131 529 4485. 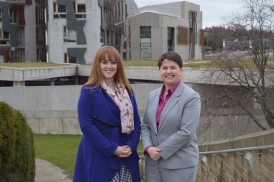