Before entering politics Ruth worked in journalism for ten years, first in newspapers, before moving to radio and television. The majority of her time was spent at the BBC working in news and current affairs as a presenter, reporter and documentary maker.

Following the resignation of Annabel Goldie, Ruth was elected leader of the Scottish Conservative and Unionist party in November 2011. In 2014 she played a prominent role in Better Together, the cross-party campaign to keep Scotland in the United Kingdom.

In May 2016, Davidson was re-elected to Holyrood as the constituency MSP for Edinburgh Central. At the 2017 General Election, the Scottish Conservatives returned 13 MPs. An increase of 12 and the party’s best result since 1983.

You can get in touch with Ruth at ruth.davidson.msp@parliament.scot or on Twitter at @RuthDavidsonMSP.

Ruth Davidson MSP and her team back Andrew Johnston

Lothians MSPs Ruth Davidson and Miles Briggs, as well as former councillor George Hunter, have been out on campaign trail to show support for Fountainbridge/Craiglockhart candidate Andrew Johnston.

Ruth Davidson MSP is supporting Cllr Nick Cook as candidate for Morningside Ward, following the announcement that Cllr McInnes shall be stepping down in May.

The SNP Government must urgently press ahead with key NHS reforms in the wake of today’s damning report into its failure to manage the health service.

Nicola Sturgeon has “given up on being a First Minister for all of Scotland” in publishing her separation bill, Scottish Conservative leader Ruth Davidson has said.

The SNP will formally unveil its consultation into a second independence referendum today.

Time for the SNP to back General Practice

Ruth Davidson today called on the SNP Government to focus on the growing GP crisis, by backing extra funding for general practice.

The SNP’s hated named person scheme has been ruled unlawful by the Supreme Court. The UK’s most senior judges said this morning that the legislation breached rights to privacy and a family life. It signals a major victory for campaigners, who have joined the Scottish Conservatives in opposing the policy from the outset.

Today, Ruth Davidson has met with Europe Minister David Lidington to discuss the best path for Scotland and the United Kingdom in the upcoming negotiations on the UK’s exit from the EU.

An announcement that a £1 billion City Deal for Edinburgh is being negotiated has been welcomed by the Scottish Conservatives. 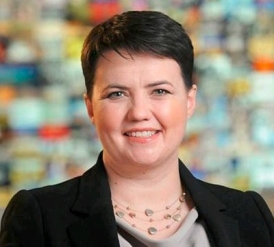