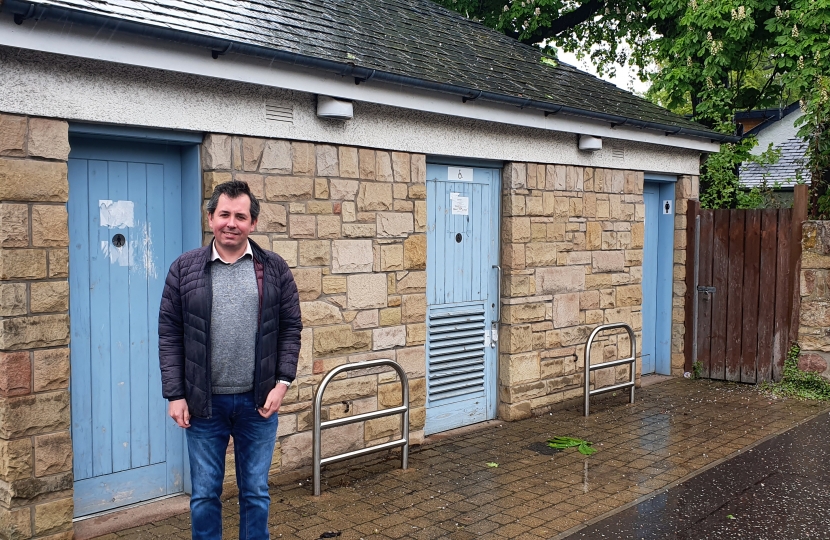 The City of Edinburgh Council has considered a report on the Future Provision of Public Conveniences. Colinton is the only existing public convenience in the entire city which is deemed by the SNP and Labour run City Council not to form part of the Council’s strategy, on the basis it does not align with proposed plans for future provision. This despite being:

All councillors in the SNP-Labour Administration voted against including the toilets as part of the Council’s strategic provision and opted to pursue a community asset transfer. While the Council has agreed to retain the Colinton Public Convenience throughout the process of local engagement, if this fails then another plan will have to be developed to retain the toilets in Council ownership separate to the wider strategy or there will be permanent closure. Given the Council has already decided that Colinton does not fit into the Council’s strategy, there is concern that the toilets would be vulnerable at the first budget if simply maintained in isolation from the rest.

There has been a lot of coverage in the press about this issue:

Edinburgh council urged to explain decision which looks like spelling closure for Colinton's public toilets (Edinburgh Evening News, 17 May 2021)
Campaigners fighting to stop the closure of public loos in Colinton are demanding a full explanation of the city council's rationale for scrapping them.

Edinburgh Council confirms £5m toilets revamp with gender-neutral facilities (Edinburgh Live, 2 May 2021)
“At the full council meeting, a last-ditch attempt to save the Colinton toilets was made by members of the council’s Conservative group and by community leaders….However, members of the SNP/Labour ruling coalition voted down the amendment, after arguing the Colinton toilets could be transferred into community ownership.”

If you agree that the City Council should retain and maintain the Colinton public toilets as part of the Council's strategy going forward please sign below to urge the Council to change their position.

Save Our Colinton toilets!

Residents were concerned about the threat posed by the Council to Colinton Public Convenience.