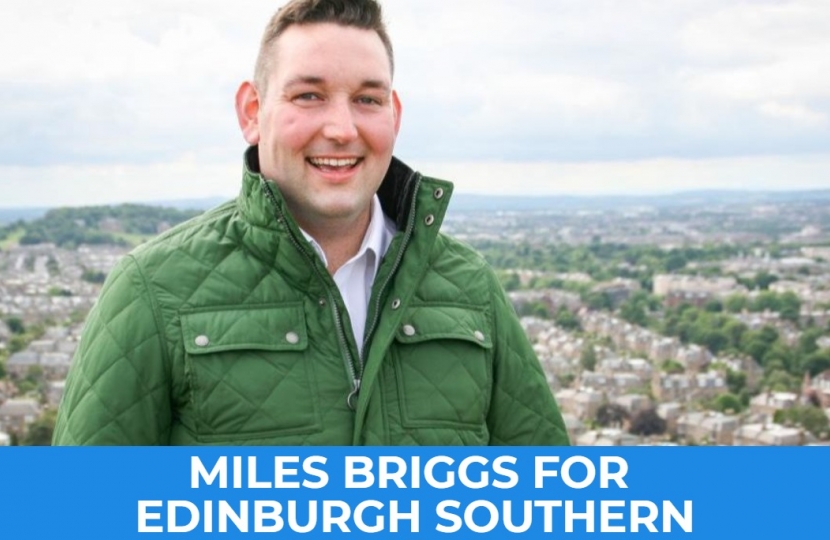 A motion at the Scottish Parliament by Lothian MSP, Miles Briggs, in support of the Don’t Trash Our Future campaign, has received cross party support.

Since lockdown restrictions have lifted there has been a huge increase of littering across Edinburgh with rubbish being left at various beauty spots including beaches and reservoirs.

Increased littering has been a particular concern at the Meadows with significant increases in the levels of littering since lockdown restrictions have lifted. Meadows residents and council workers are left to pick up the litter after people have been out enjoying the meadows, but not taken their litter home with them.

Lothian MSP, Miles Briggs, said: “I am pleased that my motion at the Scottish Parliament has received cross party support, reinforcing that all parties are committed to cracking down on littering. If people are using these outdoor areas it is their responsibility to ensure that they clear up and bin or take home their own litter. It is unacceptable to expect someone else to clear up your rubbish and laws against people littering must be enforced if people aren’t going to follow them.”

That the Parliament commends Edinburgh Live on its campaign, Don’t Trash our Future, in collaboration with Clean Up Britain; condemns the reported increase in littering across Edinburgh since the easing of lockdown restrictions; supports actions to reduce littering, which it considers is unacceptable, and believes that laws to prevent littering should be enforced.