Councillor Jason Rust has served on the City Council since October 2004.  A solicitor by profession, Jason chairs the Conservative Group on the Council and is a Bailie of the City of Edinburgh, deputising for the Lord Provost at civic events.  Jason has also been chair of Edinburgh Jazz and Blues Festival since 2016 and is a Director of Colinton Cottage Homes and Chairs the Board of Oxgangs Neighbourhood Centre.

You can contact Jason via email at jason.rust@edinburgh.gov.uk or by writing to him at the City Chambers, High Street, Edinburgh, EH1 1YJ. You can also call Jason on 0131 529 4953.

Jason's surgery times are as follows:

The Council is consulting until 20th September on aspects of a Low Emission Zone, such as the city centre boundary, the grace period, local exemptions and considerations for impacted groups.

You can respond to the consultation on the Council's website by clicking here.

The SNP and Labour Administration has been pressing ahead with its highly controversial Spaces for People agenda.

Cllr Jason Rust recently moved a motion at Full Council which obtained cross-party support to have the Council enter discussions to explore possible opportunities for young people in spring 2021 who were missing out on residential camps due to Covid-19 restrictions.

Residents were concerned about the threat posed by the Council to Colinton Public Convenience.

An update on the work of Councillor Jason Rust for residents of Colinton/Fairmilehead Ward.

Edinburgh Council’s Conservative Group today set out proposals in an alternative budget that would maintain and improve key Council services whilst making a general Council Tax increase unnecessary.  Setting out the plan which he will propose at tomorrow’s Council Budget meeting Cllr Iain Whyte,

Gordon Lindhurst MSP has met with the Secretary of State for Defence, Sir Michael Fallon, in Edinburgh to discuss the future of Glencorse, Craigiehall and Redford Cavalry and Infantry Barracks. 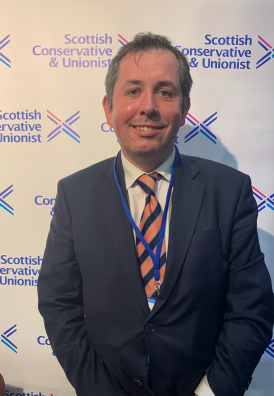