Jeremy was born in Edinburgh and has lived here most of his life. He was educated at the Edinburgh Academy, and went on to become a solicitor before doing a Theology Degree in London. He returned to Edinburgh in 1999 and worked for a charity lobbying the Scottish Parliament. Jeremy then became an assistant minister in a Baptist Church in the city, and is currently involved in a number of charities working in Edinburgh. He is married and has twin girls.

Since 2005, he has represented Murrayfield and Corstorphine on the City Council and served as the Leader of the Conservative Group.

If you have any local issues or concerns that you would like to raise with Jeremy, you can get in touch with him by email on jeremy.balfour.msp@parliament.scot or by phoning 0131 348 5960. You can also get local news and updates from Jeremy's Facebook page, by following him on Twitter by subscribing to @JBalfourMSP and visiting his website. For surgery times and details, please click here.

Jeremy Balfour met with Paul Wilson, the Chief Officer of Volunteer Edinburgh to discuss the situation the volunteer sector in Edinburgh has been put in by the Covid-19 pandemic.

Lothian MSP Jeremy Balfour recently went to Port Edgar Marina to visit Wetwheels - a charity that adapts speed boats to allow older and disabled individuals to go on and enjoy the experience of the sea.

Bottle Return Scheme cause for concern for independent brewers

The bottle return scheme will start in Scotland next year which will have a big impact on independent brewers and retailers.

Jeremy Balfour, Scottish Conservative MSP for Lothian, has called for action to ban mobile phones in primary schools to protect vulnerable youngers in our local communities.

Jeremy Balfour, Scottish Conservative MSP for the Lothian Region, has raised a motion at the Scottish Parliament today, congratulating Pilton Central Association on being awarded £9,750 from the Big Lottery Fund.

Jeremy has tabled a parliamentary motion highlighting the announcement and encouraging people to take the opportunity to observe the proceedings of the UK's highest court when they visit Edinburgh in a few month's time. 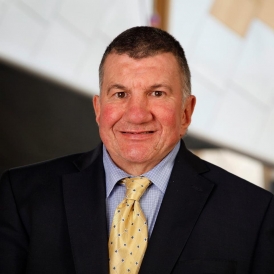