Outwith the Council Iain is a Non-Executive Director of Lothian NHS Board and Chair of the Board’s East Lothian Community Health Partnership.  He has previously worked in the NHS, as a Conservative Party researcher in the Scottish Parliament and in retailing.

Iain was educated at Friend’s School, Wigton, Cumbria, George Heriot’s School, Edinburgh and the University of Edinburgh where he graduated in 1991 with a B.Sc. (Social Science) Degree.

Iain’s personal interests include horse riding, golf, and Hibernian football club.  Iain was honoured to represent the City on horseback as Captain of the Edinburgh Riding of the Marches in 2011.

You can contact Iain via email at iain.whyte@edinburgh.gov.uk or by writing to him at the City Chambers, High Street, Edinburgh, EH1 1YJ. He can also be contacted by telephone on 0131 529 4090 to arrange appointments. For local news from Iain, you can follow him on Twitter.

Many local residents, especially in the Crewe Road South area, are raising concerns about the roll out of 20mph zones with Cllr Iain Whyte.

Like many local residents, Iain Whyte was concerned to hear that planning permission has been granted for three houses to be built in Ravelston Quarry.

Cllr Iain Whyte is regularly contacted by Inverleith residents who are keen to see improvements to local roads and pavements.

Residents of Inverleith Ward have contacted local councillor Iain Whyte over road troubles in their area.

Crossing to the Botanics

Cllr Iain Whyte is delighted to report that the Council is improving walking and cycle access to the Royal Botanic Gardens from Inverleith Park.

Edinburgh Council’s Conservative Group today set out proposals in an alternative budget that would maintain and improve key Council services whilst making a general Council Tax increase unnecessary.  Setting out the plan which he will propose at tomorrow’s Council Budget meeting Cllr Iain Whyte, 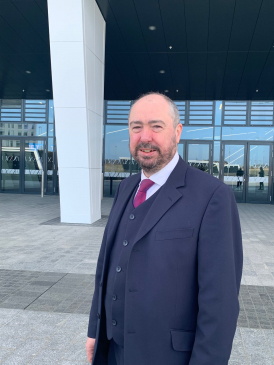